Trolls and Warnings for other wannabe trolls.

In the blogging community we all deal with one annoyance, trolls. For whatever reason, pathetic, cowardly people sit at their computers and try to spread their negativity around by snarky, unintelligent, aggressive, rude, ridiculous, incorrect, assumptive, hateful, and just unwanted opinions. Well, I received one on my travel blog 2 years ago (Click Here-it's a hoot and a half). And today, I checked my email to see I had received an anonymous comment. I allow Anons, just because sometimes it's family members who don't know to add a name in certain places, or it's a quick comment so it just gets skipped. I allow it, but this also allows ignorant pox stains on humanity to add their unwanted 2 cents. Here's the gem I got.

Anonymous said...
Just in case you didn't know: the incroyables were gay.


This gem, is from a old post writing about the incroyables and F and the masquerade ball. (Click Here) . It's old. The incroyables post does get a lot of hits due to search engines and the like, but no one comments on it, ever. Just anon readers who go on their merry way. Well, Anon here I guess felt compelled to make this stupid comment, which is at its core, incorrect (irregardless of whom the incroyables preferred sexually, they were all individuals, with individual preferences). I'll address the insult to my boyfriend and homophobia later. (And just a warning, this is a doozy post.)

Homosexuality and the concept of 'gay' did not exist.
It. did. not. exist.
Sodomy did exist, but I also learned in my History of American Sexualities class, that same sex relationships were not like they are today. Behavior we would consider 'lesbian' or 'gay' were just...whatever. Because the idea of homosexuality did not exist. Women were more physically affectionate with each other, (any of us who have read The Duchess are aware of Georgiana's relationships with her female friends)  and there are letters of men discussing their bed sharing during travels and any events that might have occurred during the night. This was just life, due to the lack of labeling and the social wide concept that marriage and procreation were of the utmost importance, no one really considered not doing those things (and if they were inclined to the same sex, sexually, it was usually done in the form of private affairs, which does not always denote gay/straight/bi, if you believe in the Kinsey scale). Of course, this can get overally complicated and technical due to information on specific people and also the cases of women's rights, how we know that there were men and women who were open about their desire to be with the same sex over the opposite sex, but regardless, for the vast majority of people, and the general mindset of the past. Homosexuality did not exist.
Ergo, if the concept of homosexuality did not exist, one could not, technically, be 'gay' in the homosexual sense. A lot of people were gay, but that's when gay meant happy.
So, Anon, you are wrong, they couldn't be gay (Unless, you meant happy, but I'm taking the most modern interpretation of the word gay here...I'm sure you understand why). Some, a few, maybe all (but historically speaking you can never include all subjects into one category, it's factually impossible for large groups of people) enjoyed sodomy to some extent, but we can't for sure know that. There can be clues, etc, but nothing is set in stone. It's just common sense.
Secondly, to me, your comment seems to be based off of the fact that incroyables were flamboyant, and in modern society, flamboyant = gay. Well, Anon, if I used that logic, all anonymous posters would be pathetic excuses for human beings. But that's not true. There are a lot of Anon posters on here who are lovely people. You give them a bad name. Shame on you.
With the flamboyancy, anyone with any idea of costume history, social history, any history, would know that men were not men like today, and are confused, restrictive, sometimes unhealthy (a lot of times unhealthy) concept of the male gender and masculinity. During the 18th century, especially in France, men wore clothes that were just as beautiful as the women's gowns. Had jeweled encrusted waistcoats, buckles, buttons, etc. Wore makeup, wigs, and wore (shock) pink. OH My GOD! THEY MUST BE GAY! No. We've already discussed how that's impossible. No...then what?! Oh, that's right. It's called, say it with me, culture. Culturally, this was normal for men.
So now, I believe we're clear that when taking an intelligent historical view on incroyables, that your assumption they were all gay is just simply, well, stupid, incorrect, obviously wrong, ignorant, homophobic, trollish, snarky, (am I missing anything here, dear friends?), dumb, hateful, unwanted, annoying, and just causing you a lot of pain because you are clearly someone who needs to spread negativity in places were people are happy. Here's a clue, don't come here for your release of negativity, go see a therapist, and get offline.
Also anon, I know you were just trying to be snide about the fact my (obviously) heterosexual boyfriend was dressing in an incroyable style, and the snarkiness of your post hints to the fact that because my boyfriend has fantastic hair (I did blog a little too enthusiastically about it, I admit, but he does have great hair.) and is good looking, must be gay. Again, homophobic, clearly incorrect, ignorant and hateful. Also attests to the issues with the concept of masculinity in many cultures around the world. Get a clue, grow up, and get a life.
Finally, let this just serve as a notice to all wanna be trolls. Get a life. No one thinks you're funny and no one, ever, ever ever ever finds you intelligent. You may think you're funny, or witty, etc, but all the rest of the public and readers (especially in a relatively close knit historical costume blogging community), find you nothing more than a pathetic, ignorant, unwanted, pox just desperately trying to make other people feel bad about themselves, just like you, kind of sad, isn't it? Just buzz off, you're going to do nothing more than get your ass handed to you by people who actually know what they're talking about.
And seriously, if you think you're that correct, then stop being a coward and own up to your opinion. Because, it's just laughable that you're not only ignorant, but so much of a coward you can't even add your name to your comments. Own it.
Sincerely,
Abby, The authoress.
P.S. Thanks for giving me material to write about, I was feeling a bit writers block, jerk.
Labels: Academic Research Casual Conversations Incroyables Screw Ups 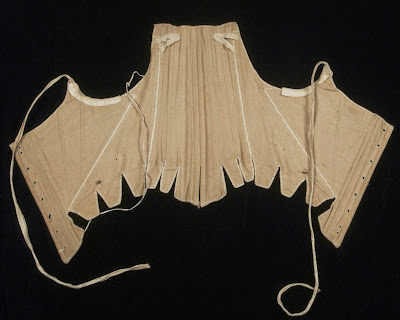 A Pair of Summer Stays, or, Why I Wear a Neck Handkerchief. 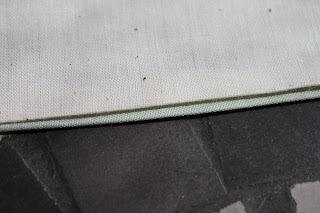 How to do a Weird Running Whip Stitch Thingy.

Hello! My name is Abby! I'm Vice-President of American Duchess & Royal Vintage Shoes, Author, Dress Historian, and Costumer who loves to make the things I study. I also have a deep appreciation of bad puns. Welcome to my blog where the writing and the thoughts are my own. 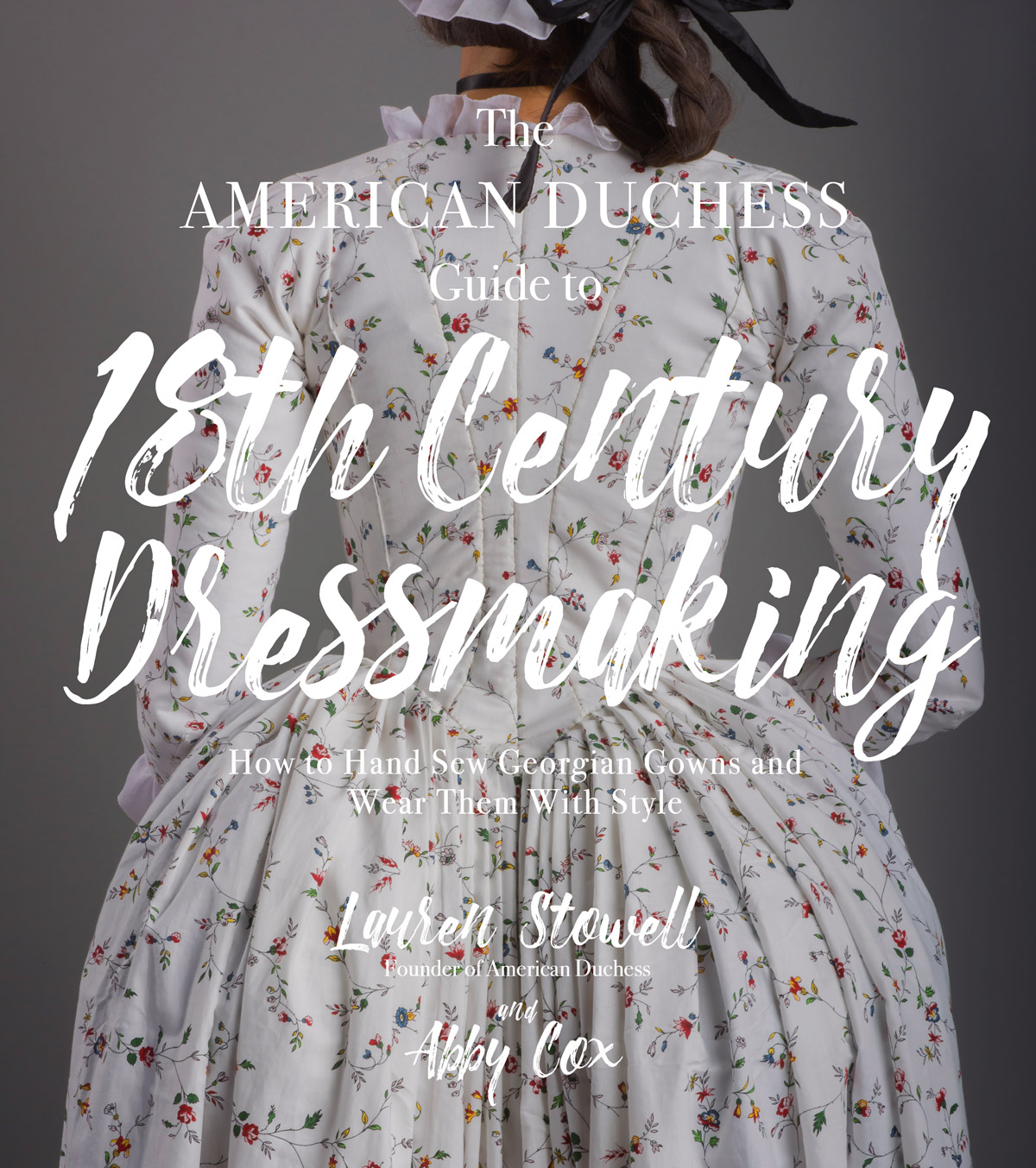 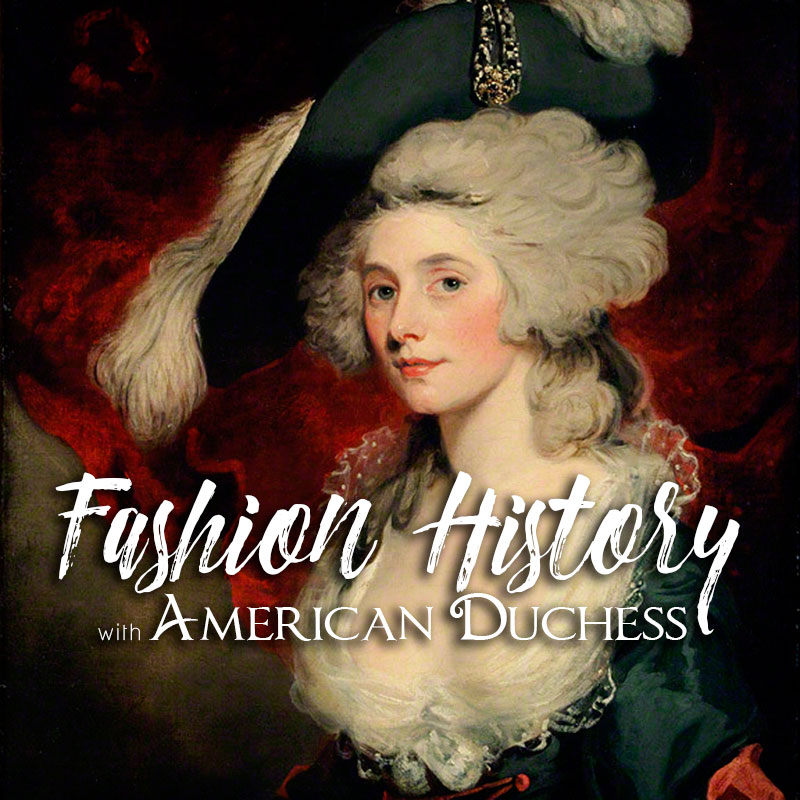